EDM – Entertainment Disk Media – was a multimedia company created by Asian (Chinese and Singaporean ) investors in the suburban area of greater LA – Los Angeles (El Monte, California) . The company was aimed to create and distribute CD-Roms and websites in order to promote Asian community shops and stores around the area.

Many of the motion graphics and vide editing were done using early versions of Macromedia Director, Adobe Premiere and Adobe After Effects.

A compilation of short video spots to advertise clients and services to be included in the multimedia CD-Rom magazine edited by EDM. Videos were edited using early versions of Adobe Premiere, After Effects, Macromedia Director etc… (*) The low-res was the standard for available PCs at the time. Poor quality of images and videos are due to multiple conversions done through the years.

Below are displayed some screenshots of the navigation menu and user interface from one of the multimedia CD-Roms produced in order to promote the company services:

(*) Low resolution videos, images and photos are due to the limited standard capabilities available in PC, cameras and scanning devices for the time of production, or might be either the result of digital material being resized or re-sampled several times through the years. 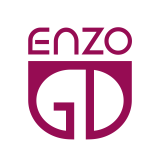